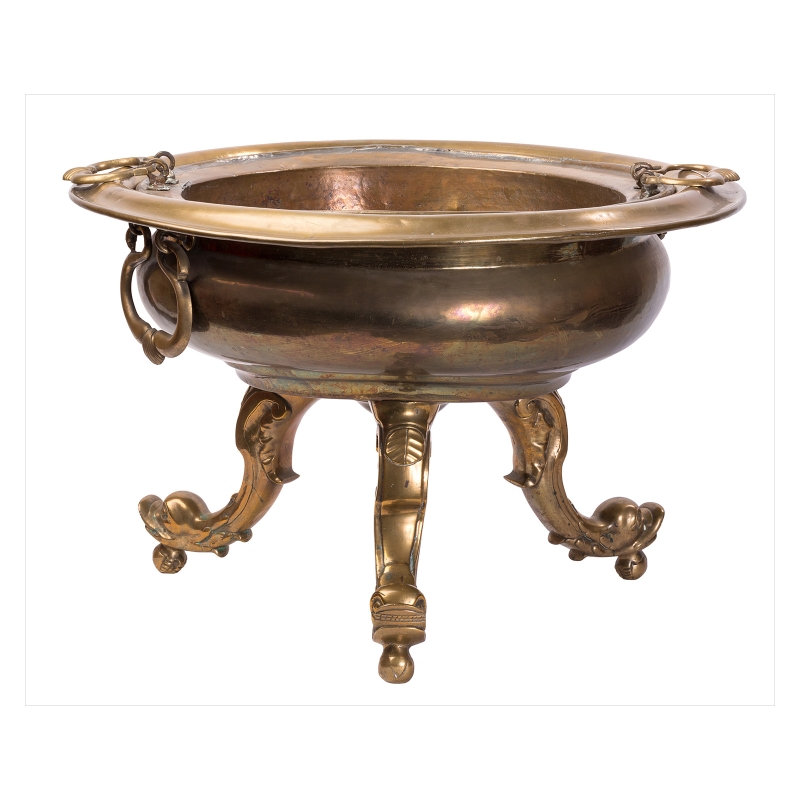 Braziers (known as "braseros" in Spain) were used to heat areas of a home (or castle) by holding burning "picón" or charcoal in its concave bowl. Braziers of various designs have been used for thousands of years throughout Europe, the Middle East and Asia to cut the chill in rooms away from the warmth of cooking fires. In Spain, braziers were one of the primary methods of heating homes until the early 20th century. With its golden brass color and decorative dolphin head feet, this brazier can add some exotic charm to a sitting area, salon or library - filled not with burning coals but flowers, a large houseplant or perhaps magazines or other odds and ends.