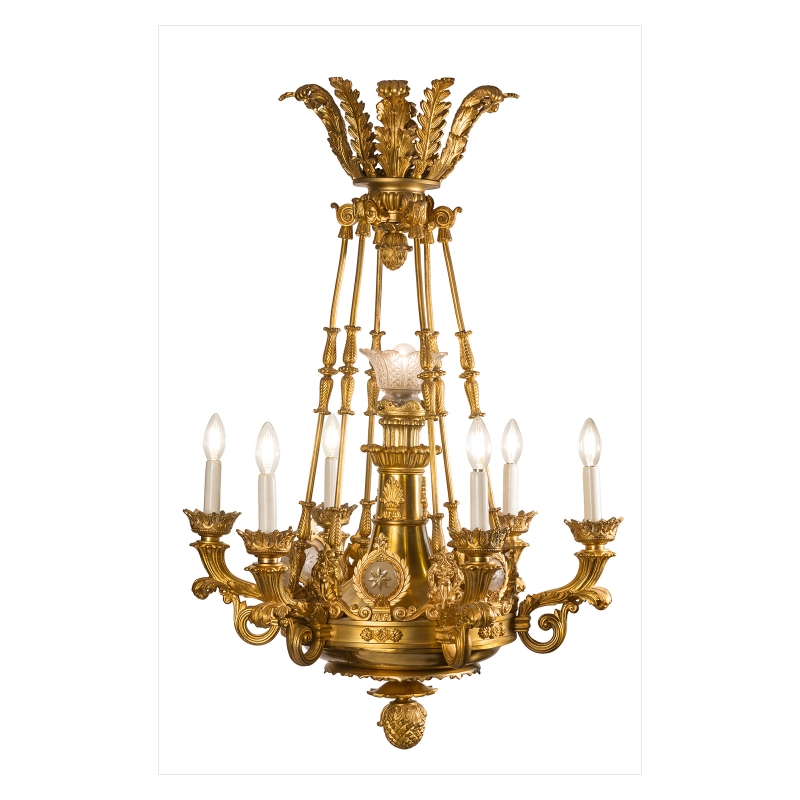 This sculptural bronze chandelier displays many neoclassical characteristics of the influential Empire style, popularized during the reign of Napoleón. Its suspended “basket” shape mimics that of a hanging Roman oil lamp, and various embellishments such as the crown of acanthus leaves at top, laurel wreaths and pineapple finial, and curving architectural forms all make reference to the greatness of civilizations past. The strong, elegant Empire style enjoyed a resurgence in popularity during the late 19th century, and the chandelier dates from this “Second Empire” period. This particular lamp was purchased from the collection of the Palacio de Larios, Madrid, Spain.