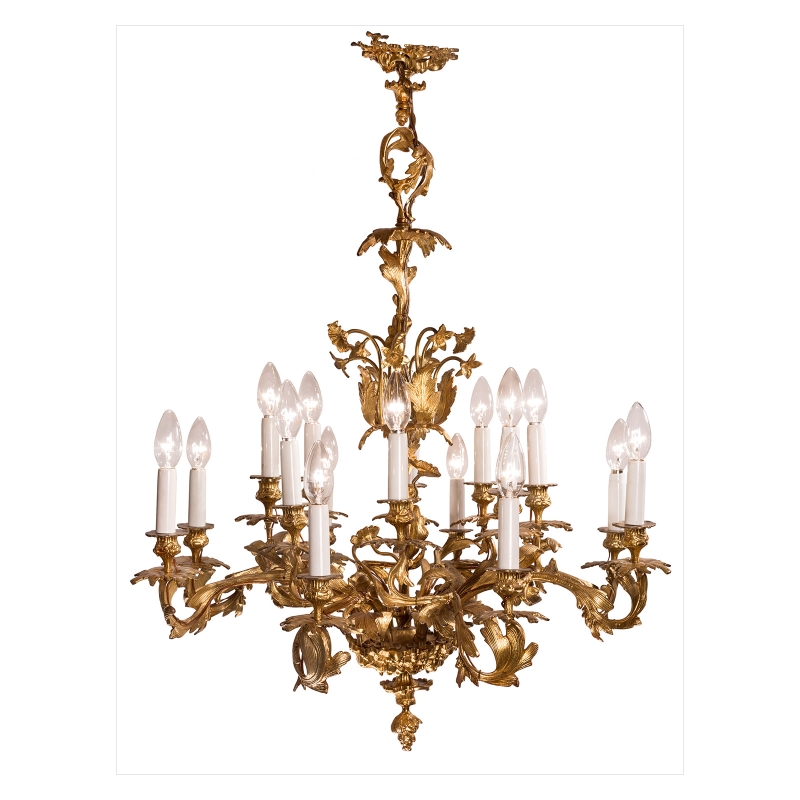 Louis XV Rococo Revival style 16-light bronze chandelier with floral and foliate motifs, in the manner of Juste Aurèle Meissonier. Messionier (1695-1750) was a designer, architect and master goldsmith who raised the Rococo style to its most extravagant as "designer for the king's bedchamber and cabinet" for France's King Louis XV during the early 18th century. Later during the 19th century, a Rococo revival took place in Europe and the Louis XV, highly-ornamented style became popular once again. This chandelier dates from the revival period - originally made for use with candles, it has been electrified with the careful installation of external wiring. A stunning and well-crafted example of the Rococo style.