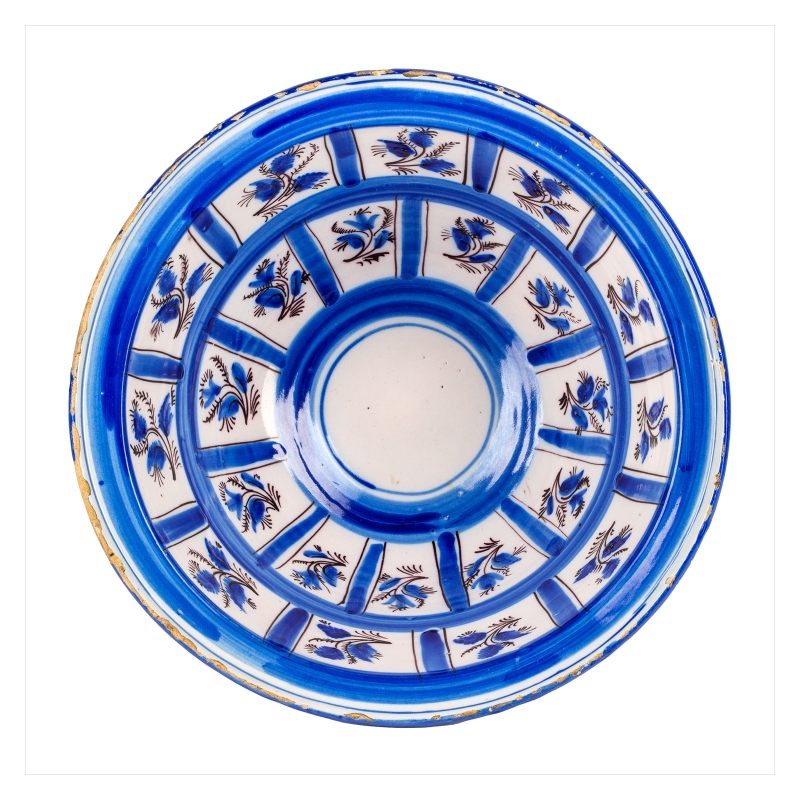 Made in the 19th century, this brightly colored blue and white bowl from Manises, Spain is highly decorative, and it once served the very specific household purpose of holding chestnuts - hence this type of bowl is known as a "Castañera" in Spanish.

The chestnut was introduced to many parts of Europe by the Romans, and became an important part of the Spanish diet. In the 16th century, the potato arrived from the New World, and slowly replaced the chestnut as a primary starch - though the tasty nut is still part of many traditional dishes, and is celebrated during various Autumn festivities throughout the country.

The city of Manises, located near to Valencia, has been an important center of ceramics production since the Middle Ages. Techniques and styles changed over the centuries, but the bright blue color and decorative motifs of this bowl identify it as coming from this region.