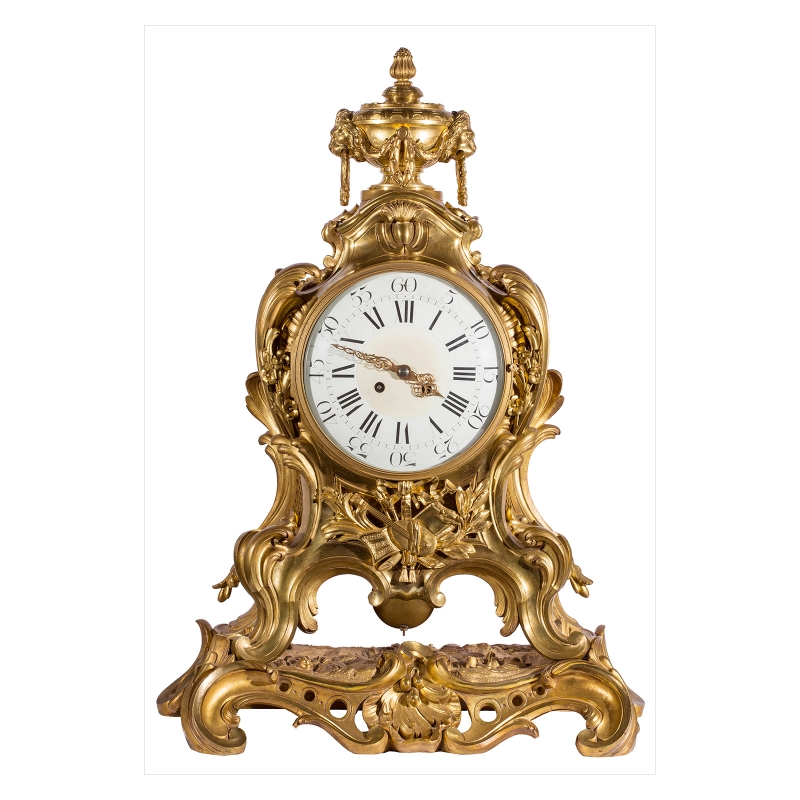 S. Marti et Cie (Samuel Marti & Co.) were well known clock makers in Paris in the mid-19th century. The stamp "Medaille de Bronze" refers to an award given to the company in 1860, and was used on their movements from 1867-1900. It is very possible that the beautifully sculpted ormolu clock case with its musical motif is from another maker and/or an earlier period, as the Marti movements (along with those of Japy Freres and Vincenti) were sold to many clock makers of the 19th century. This large (80cm) and dramatic clock is still functioning well, and it will be fully checked by a professional clock technician before delivery.