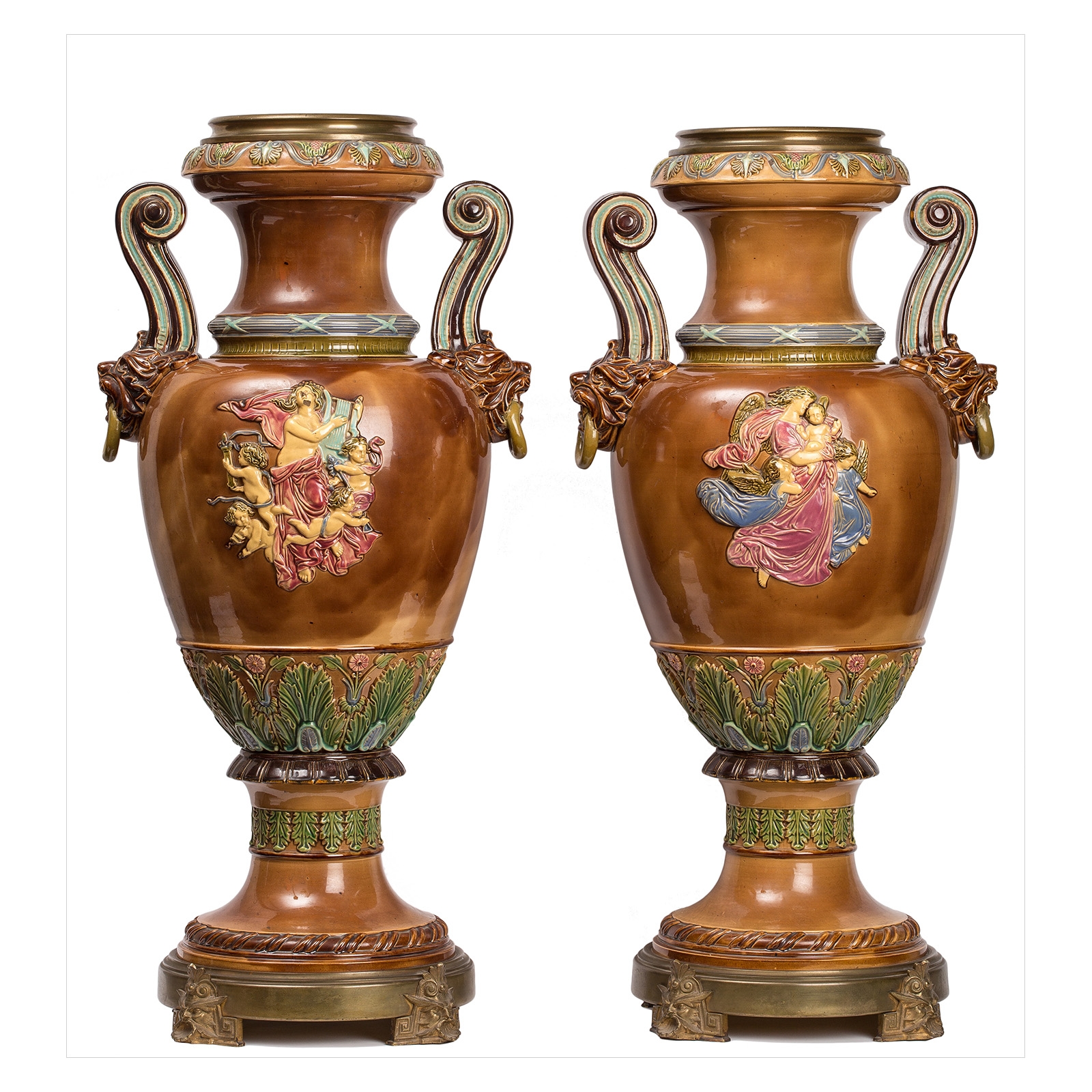 A matched pair of late 19th century Bohemian / German majolica porcelain urns. With a contrasting mix of Christian, mythological, grotesque and neoclassical elements, they exemplify the highly decorative, "art for art's sake" ideology of the Aesthetic Movement (1860-1900). Colorful and engaging, the style was a direct and confrontational answer to the rise of mass-produced and industrial culture.

With impressed marks "R.H. 35" on their bases, the urns were most probably manufactured by Reinhold Hanke, a German porcelain maker known to have worked in this style during the late 19th century. One of the central designs, a mother / angel holding a baby flanked by two smaller angels, is identical to an image seen on another majolica vase produced by Austrian Johann Maresch, for whom Hanke apprenticed earlier in his career.

Both are in very good shape, although the "mythological" figure has some chips.